The Berlin companion to American life

For the last two days, and probably Friday as well, I have been working at the John F. Kennedy Institute for North American Studies at the Freie Universität Berlin. 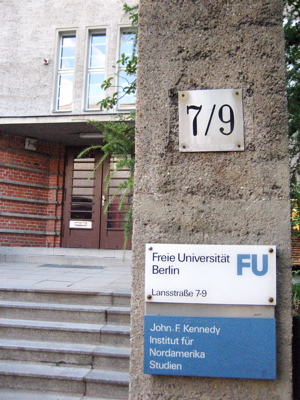 The institute is located a few blocks from the philological library where I usually go, but is closer to the tube stop (Dahlem-Dorf). It’s on a very leafy and bird-chirpy street, across from an art museum. 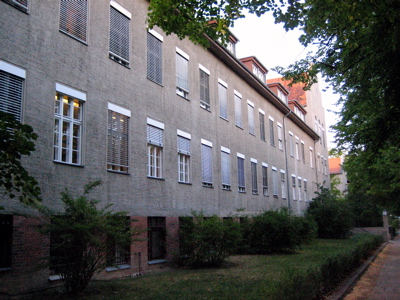 The building itself hasn’t been renovated (perhaps) since its construction, probably by the Americans after the war. (The University is located in the former American sector). Nonetheless it is not run-down in any sense, but feels like a proper fifties-style academic building. So, I’m busy memorizing Robert Frost and obsessing over Peggy Sue. 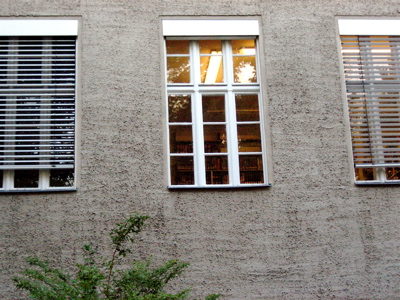 A giant-squirrel’s eye view of the window I’ve been looking out of. 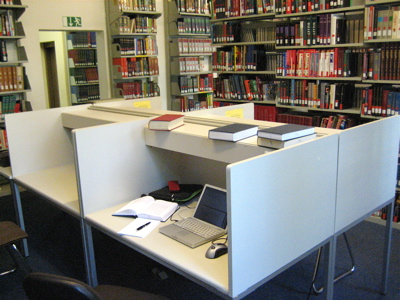 All of the books (and there are many of them; this is just one of many reading rooms) have to do with American history, society, cultural, literature, politics, et cetera. Plus, the books don’t circulate so most books you might possibly ever need are here, ready to be read. It’s so nicely different to study at a “topical” library. For example, when I look up the first book I see is Country Music Records: A Discography, 1921-1942. 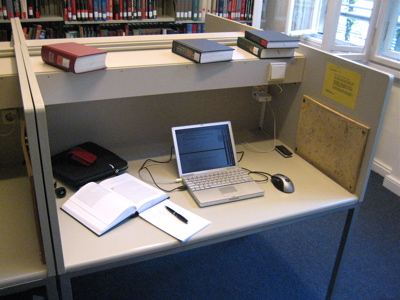 I’ve been feverishly compiling my exam reading list on American literature 1730-1848, although really the overall list is from about 1600-1900 (turns out I’m ignorant). (I’m not even to the *reading* part yet, but rather skimmming and sorting and debating: life is short). There is a very bright desk light which I don’t use because the glare from my screen would be blinding. Aside from birds and the occasional auto or group of kids, it is very quiet. 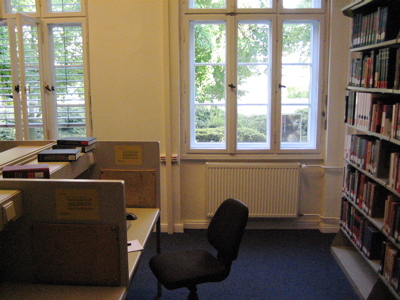 The afore-mentioned window view, for staring contests with the giant squirrel.

[In case I have managed to disguise it, I’m still adjusting to this sort of work. It’s odd not speaking to anyone for most of the day, most every day.]