Farewell to Yankee Stadium. I’ve seen the stadium from the train but sadly was not able to attend a game there. But watching many games, playoff games, World Series games on TV was special, simply knowing that this was the field where many of baseball’s greatest players played the game and where many of the game’s greatest fans have sat in attendance. 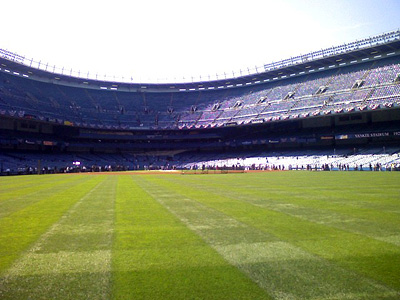 "Get late early out there."