In a recent article in Science (327:5962, pp. 177-180) scientists have discovered (as predicted) a “nanoscale symmetry in solidstate matter” which approaches the golden ratio. 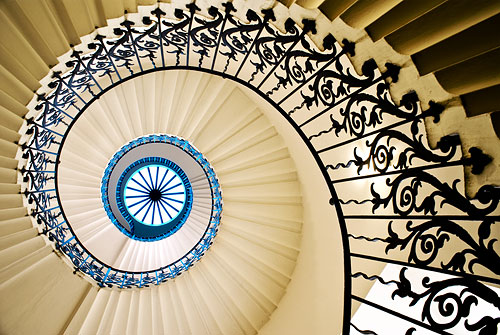 Quantum phase transitions take place between distinct phases of matter at zero temperature. Near the transition point, exotic quantum symmetries can emerge that govern the excitation spectrum of the system. A symmetry described by the E8 Lie group with a spectrum of eight particles was long predicted to appear near the critical point of an Ising chain.

Just below the critical field, the spin dynamics shows a fine structure with two sharp modes at low energies, in a ratio that approaches the golden mean predicted for the first two meson particles of the E8 spectrum. Our results demonstrate the power of symmetry to describe complex quantum behaviors.