Out of the concealment a humming 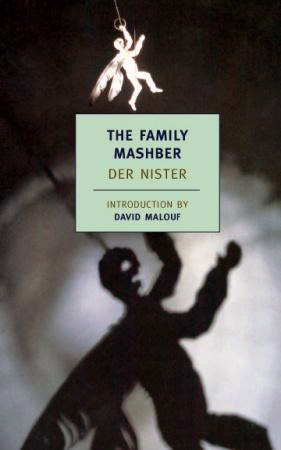 Der Nister (Pinchas Kahanovitch, 1884-1950) wrote a remarkable book, with many sparkling passages, such as:

And Moshe continued to object.

Had a stranger been a witness to this discussion, he would have seen—he would have imagined—that he saw before him a tall ladder and two people mounting it from different sides. One climbed calmly, easily, step after step, and achieved his ascent without the least difficulty. On the contrary, his very climbing seemed to lend dexterity to his feet, enabling him to climb father, higher; while the second man, on the other side, who wished to follow the first, was afraid of heights. As he mounted, he kept his eyes fixed on the other climber’s feet. He studied them, imitated them. And yet he could not profit by their instruction because the other one’s climbing pace was not his pace. And besides he was afraid of heights. They made him dizzy.

The end of it all was that when Moshe had used up all of his accumulated knowledge and laid it all out on the table, he grew weary seeing that despite his struggles there was no sign that he had made any sort of structure at all; while his antagonist seemed to be standing on a high fortress that had been slowly and surely constructed, and from whose height he looked down at his adversary as if he were looking at a child armed with worthless, childish means, who was getting himself ready to do battle with an adult. (p. 96)

This scene sets the stage and tone (strange power vs. unexpected helplessness) for what follows. At this stage the reader is unsure which of the men (if either) to be aligned with, and in the pages that follows remains (along with the other characters) as much caught off guard by Moshe’s diminishing powers as by Luzi’s certainties.