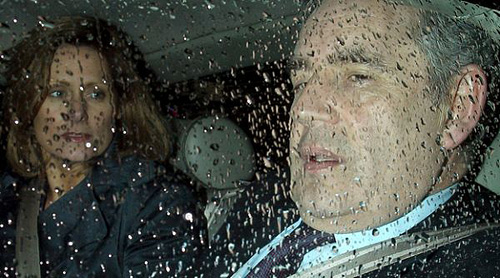 In The New Republic Howard Jacobson writes the best analysis, to date, of the U.K. elections:

Clegg and Cameron [are both] ex-public school boys, possessed of that born-to-govern air which we thought had vanished from British political life but which has made a surprise return, not impossibly as a reaction against the grasping entrepreneurial spirit of the new money men. Perhaps without realizing it, the British are slowly crawling back to the old idea that a member of the landed gentry has less reason to be greedy than, for example, a Tony Blair, and will therefore serve us more disinterestedly.

The charm debates saw Gordon Brown off, anyway. Intellectually, he ran away with at least two of them, but television is cruel to intellect. Throughout this campaign Brown was ill-served by his advisors, who tried to make a grinning Malvolio of him, when his strength is a cold, disapproving clarity. “This may have the feel of a TV popularity contest,” he unwisely conceded in the third debate, so “if it’s all about style and P.R. count me out.” Since it was all about style and P.R—hadn’t Blair made New Labour all about style and P.R.?—that amounted to a technical knockout delivered by himself. You don’t monkey about with television. You accept its rules or you stay well clear of it.

By the time of that third debate, Brown was already a wounded man, again partly as a result of an act of self-harming, this time his failure to check whether his microphone was off when he called a woman we’d just seen him Brown-nosing on television “bigoted.” Known thereafter as Bigotgate, this incident roused the British press to levels of sanctimoniousness and hypocrisy unusual even by its standards. If soul had been lacking from the campaign so far, here finally it was: pretend blue-collar Britain outraged by this elitist attack on one of its own.