In a classic “daydreaming at work the day after seeing the film” moment, Julio Ody reflects on Tony Stark: 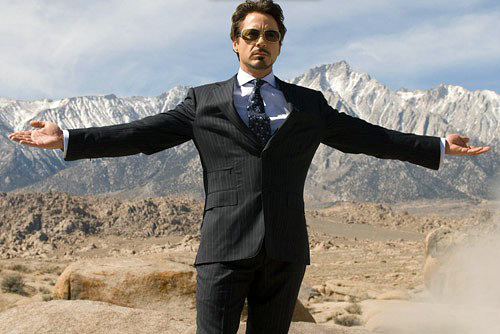 It has nothing to do with the fact he’s rich, famous, or that he gets the ladies. It’s because Tony Stark builds his tech, front-end and back-end. He doesn’t make things that just do the job. They do, but they look [and function] awesome while at it.

If you can’t design, don’t be proud about it. That most likely is so because either you learned to accept as gospel whatever negative remarks people made about your attempts at making something that looks good, or because you never tried. And then because you decided it wasn’t worth learning. Listen up: there’s nothing clever about limiting yourself.

This mindset makes you a code monkey. You will never come up with anything that has any decent wow factor to it. If you justify that by saying you like to write libraries exclusively, I’d hedge my bets on them being average at best. Why? Because you’re not spending enough time solving end-user problems, hence, you got no clue on how you could make your library feel great to use. It probably reeks of old school, cryptic software made for other mediocre programmers like yourself.

This definitely echoes with my thinking this week about the relationships between vision, design and code. Even though my job tasks me with responsibility for all three aspects of projects, it’s difficult (i.e., hasn’t happened) to find Tony Starks in the other project departments (i.e. IT).