Poster of the week 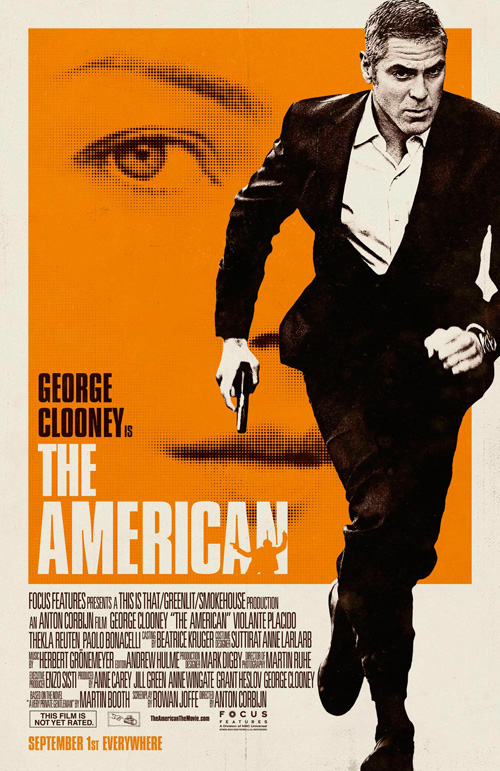 Retro in the best style: neither a straight-up homage nor a contemporary re-invention, but something in between.

I don’t much care for the silhouette in the title type, but that’s relatively small quibble, given how much I love the colour and background choices.

As Adrian Curry says, the poster attempts to put George Clooney in the same gallery of cinema history as Lee Marvin, Steve McQueen, and Burt Lancaster. Hopefully the film strives to fulfill that same effort (I’m seeing it tomorrow).

The film isn’t terrible but is disappointing nonetheless. The American’s boss tells him he’s lost his edge, his priest acquaintance tells him he’s a sinner, and his women ask him what’s on his mind. But nothing really comes of any of these questions, the American just sleepwalks his way through. There’s very little action and without the music (by Herbert Grönemeyer, strangely enough), there would be very little suspense. Even worse–the music careens from the peaceful to the suspenseful, and consistently over-promises suspense, meaning that you’re often sitting on edge with little payoff.

And the only chase scene involves a Vespa. Really.

Bottom line, it’s skippable or a rental, and the poster is better than the film.